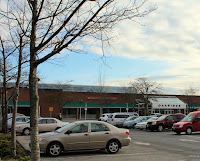 Thursday, February 23rd and the Oakridge Centre parking lot is fairly quiet at 9:00 in the morning. It's here, in the Peninsula Seafood Restaurant that a special announcement is being made. 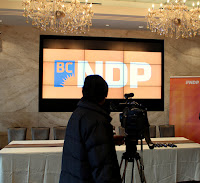 Media are setting up. Mable Elmore, MLA for Vancouver-Kensington, greets people at the door, including James Wang. 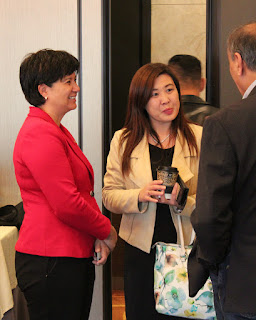 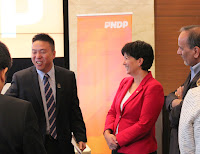 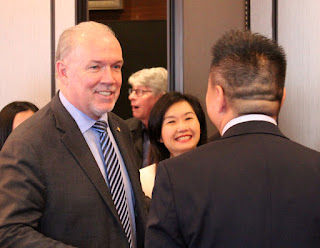 Leader of the party, and next premier of British Columbia, John Horgan arrives and, along with Anne Kang, candidate for Burnaby-Deer Lake, welcome James. 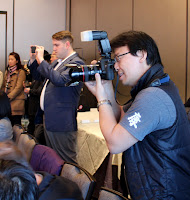 An impressive gathering takes shape, with media, citizens from Vancouver-Langara, and an impressive head table. 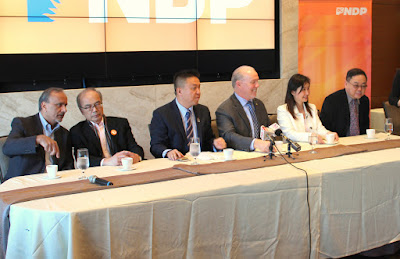 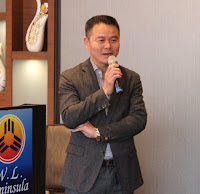 Notable members of the community endorse the candidacy of James Wang. 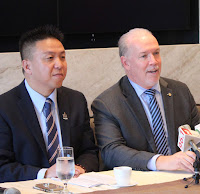 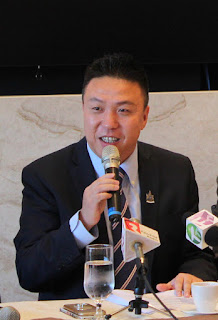 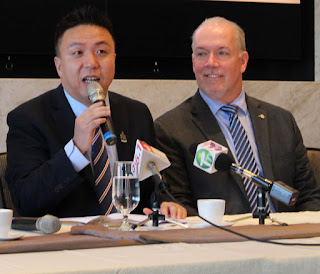 Our movement is growing. 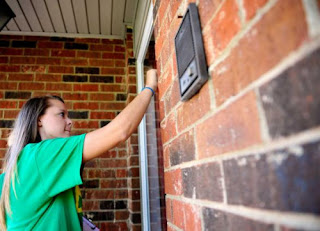 This Saturday a dedicated team will be canvassing neighbourhoods the old-fashioned way ~ by knocking on doors and talking with people. You can join us! 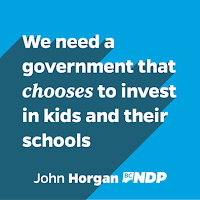 Vancouver-Langara New Democrats, members and activists, will be meeting at the Starbucks at 49th and Fraser on Saturday, February 18 at 10:00 a.m. (until 2:00 p.m.). From there we'll be be continuing our canvas of neighbourhoods in the area. It's your chance to meet fellow New Democrats and to begin the work to win this riding! 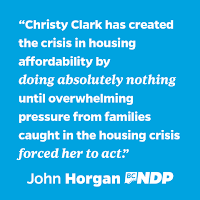 Please contact us by email VancouverLangaraNewDemocrats@gmail.com
at 8:38 AM No comments: