The final day of Forward 2016 has arrived and a slightly slower start to the day. Politics can be tiring. 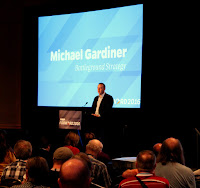 First up this day, Michael Gardiner, special advisor to the campaign, and the strategy to winning on May 9th of next year. 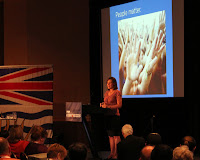 Besty Hoover spoke about the need to take the digital campaign to the doorstep. Hoover was the director of Obama's digital organising in 2012 and she is the co-founder of 270 Strategies. 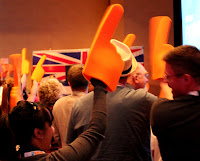 And then... the fingers came out and our leader took the stage! 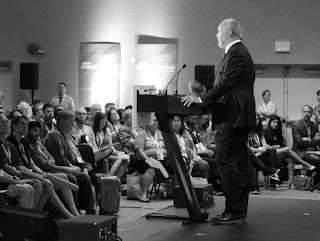 John Horgan gave an inspired speech, full of humour and honesty, politics and pointed jabs at the BC Liberals and the premier, and the promise to raise the minimum wage to $15. Great stuff and many of us could have stayed all day. 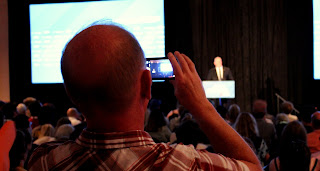 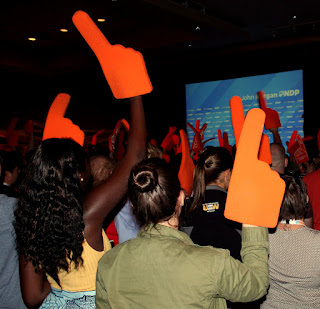 Forward 2016 was all about gaining the advantage and developing the tools to put that advantage to work in the campaign that's already started. And social media, and the selfie, will play a key part in this election.  As will a platform that matters to people and candidates that make a difference in communities across our province. 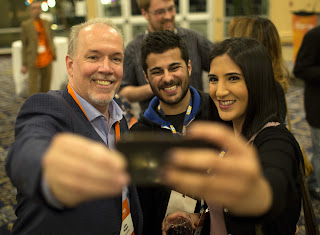 It isn't quite this simple of course...

An early morning at the TRU Conference Centre in Kamloops and with coffee in hand people slowly filled the grand hall. 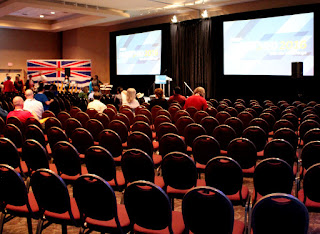 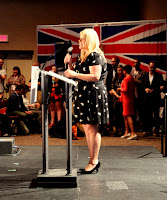 Jodie Wickens, winner of the by-election in Coquitlam-Burke Mountain set the stage for the day's busy agenda. 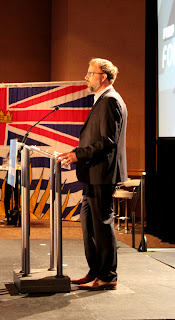 First up, party president, Craig Keating and his rallying speech to fight and win the coming election.

Interesting panel discussions and workshops on the practicality of campaigning in a digital age highlighted the day. The panel discussion was led by Raj Sahota, Deputy Director of the BC NDP and involved Glen Sanford (BC Director for the federal NDP campaign in 2015), Jagmeet Singh (MPP in Ontario and Deputy Leader of the Ontario NDP), and Jen Hassum (head of New Media at the United Steelworkers). Novel and thought provoking. 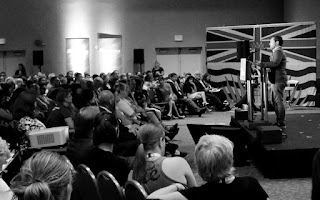 Sasha Issenberg, author of The Victory Lab, gave a keynote address on the use of modern campaign tools. Issenberg is a political reporter with work appearing in The Atlantic, The New Republic, The New York Times Magazine and The Boston Globe. Interesting. 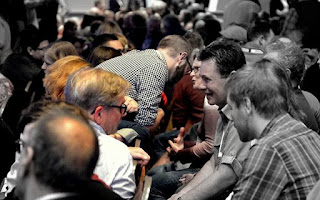 Throughout the day, discussion, debate and laughter filled the breaks.

The day concluded with an outdoor barbecue presented by MoveUp.

And of course: more discussion, debate and laughter!