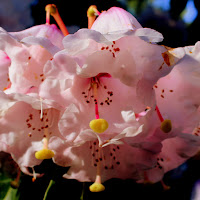 On this sunny day in March, it is one year, one month and eleven days until the next provincial election. In just over a year, we have an opportunity to stop Christy Clark and the BC Liberals.

It won't be easy. Money is pouring into the coffers of the BC Liberal Party, from developers and condo kings alike. " We Won. It's Christmas everyday". That was a banner at a recent BC Liberal gathering for Rich Coleman, and it speaks volumes about the "pay to play" model of fundraising employed by that party.

On May 9th of next year we can elect a government that will turn back the dismantling of our public school system, the privatization of our public parks and spaces, and the erosion to public health care.

We can deal realistically with the dysfunction, greed and corruption that fuels the high cost of housing in Vancouver-Langara and throughout the region.

We can make sure young people get the opportunities they need, and seniors can retire with the dignity they deserve. We can create good jobs, and build a sustainable future for our province. 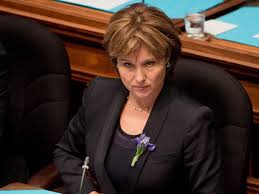 And in 1Y1M11D the reign of the
photo-op premier who ignores the challenges faced by BC's families will come to an end. Not a moment too soon.

It won't be easy, but it will happen if we work together. Join us.

The opinions expressed are those of the writer
and do not necessarily reflect the views or policies of the Constituency Association or the BC NDP.
at 1:00 PM